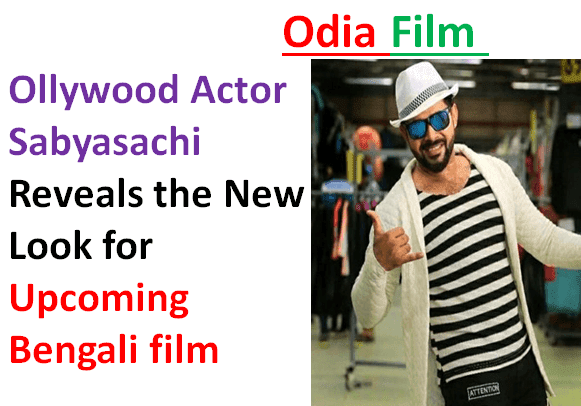 The Pagala Premi of Ollywood, Sabyasachi Mishra will now be seen in a completely new avatar in a Bengali feature film. Sabyasachi took to social media to share the news of his debut in the Bengali film industry:
Titled Raktomukhi Neela (that loosely translates to bloody emerald) and directed by debutant Joydeep Mukhopadhyay, it is based on a Bengali novel ‘Takar Rang Lal’ by late writer Aditya Nath Mukherjee. Sabyasachi will be playing the character of Mandar Mohan Malhotra alias Mukul.

Movie Name: Raktomukhi Neela
Director: Joydeep Mukhopadhyay
Writer: Aditya Nath Mukherjee
Music: Rajesh Roshan
According to a national daily, the director has been quoted as saying that the lead character has three shades in the movie and Sabyasachi, with over 12 years of experience fits the bill.

Tu Kahide I Love You

The Pilate Bigidigala actor has been pretty hush-hush about this project and the cast so far; though, there are rumors of a female lead from Bangladesh being roped in. The story of the film also has a mafia angle to it.

The first phase of shooting commenced in Dhenkanal and Jajpur and surprisingly, Bollywood actor Rajesh Sharma was seen shooting on the sets, along with Sabyasachi. Joydeep later revealed that they had a tough time shooting in Jajpur as a huge crowd gathered to see Sabyasachi and Rajesh in action.
The cast and crew are currently shooting in Kolkata and will proceed to Bangladesh and northern parts of West Bengal for the third phase of shooting. If sources are to be believed, Bollywood music director Rajesh Roshan will be handed the mantle of scoring music for this film.

See All Odia New Movie 2018
Sabyasachi has now emerged as a multilingual actor in Odisha with Odia, Telugu, Tamil and Bengali feature films under his belt. His Odia film Aakhi Palakare Tu has been dubbed in Bhojpuri, as well. ” I feel immensely happy for this feat. I am lucky that such opportunities are knocking at my doorstep,” said the regional crossover actor.