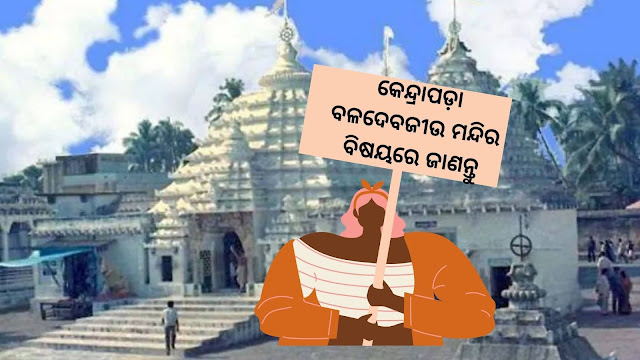 Baladev Jew Temple is situated in Ichhapur (Tulasi Khetra), Kendrapara, Odisha. Baladevjew Temple is a very famous temple of Odisha and Balarama is its main divinity. However, Jagannath and Subhadra are also worshipped in the Ratna Sinhasan (Gem Throne) in the main temple. An idol representing Tulasi as a goddess in a seated position is also present after the sacred seven steps.

The present shrine of Siddha Baladeva Jew was constructed during the Maratha rule in Odisha (1761 AD) of Ichhapur (Kendrapara). It was constructed by the king of Kujanga, Raja Gopal Sandha, and Zamindar (landlord) of Chhedara killah, Srinivas Narendra Mahapatra. One saint (Santha) Gopi Das and Sairatak Giri convinced the then Maratha Chief Janoji and constructed the Jagamohan, Bhoga Mandapa of the main temple, the temple of Gundicha and compound wall.

It is believed that Khan-I-Duran, the subedar of Odisha during the Mughal Emperor Aurangzeb demolished the temple in 1661 and built a mosque on the remains of the temple. Devotees of Lord Baladev Jeu took the deity in disguise in a boat through the river Govari and kept the deity in a secret place near Baranga (Chhedara) Jungle. Afterward, it was shifted to Balarampur village near the Luna river at Sakhi Bata. Later it was transferred to the present day Icchapur temple.

Baladevjew Temple is constructed over an area of 2 acres (0.81 ha) of land. There are 2 parts of the total area. In one part, different temples are there and the other part is a beautiful garden. There is a boundary around the temple, 46 feet (14 m) high. 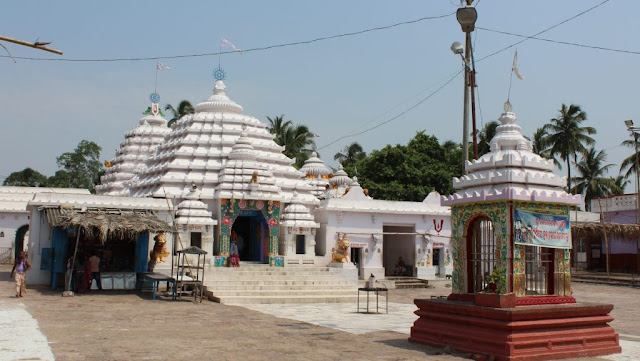 There are four main parts of Baladev Jew Temple are

The main temple is 75 feet (23 m) high and 40 feet (12 m) wide. The main temple has a 7 step construction and heavy baulamalia stone[a] are used in this construction. There are other small temples inside the premise, where other Gods and Goddesses are worshipped. All the temples have beautiful architecture and are constructed in a traditional way. 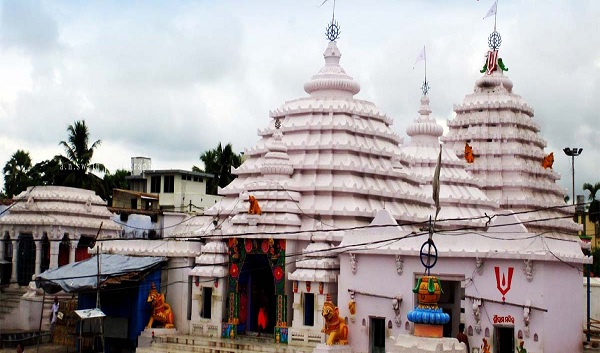 The deities of Lord Baladevjew, Lord Jagannath and Goddess Subhadra wear different costumes and are decorated in different ways during different important festivals. This tradition is known as Besha (alankara). The Rath Yatra here is famous for the Brahma Taladhwaja Rath.

Some Important Alankara are –

Dwibinda banara besha that was offered by Pandit Binod Behari Dash who was a famous Sanskrit scholar of Ichhapur, Kendrapada

There are arrangements for 3 main Naivedya offerings (Dhupa) and 3 minor offerings (Abakasha) for the deities daily.