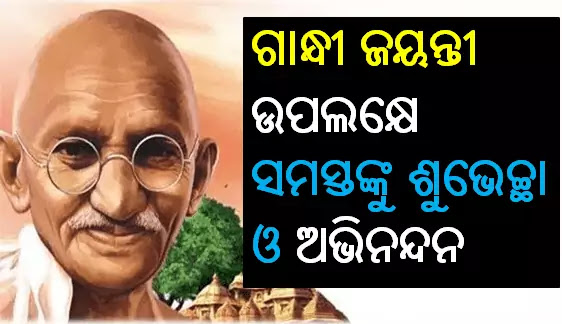 Gandhi Jayanti is celebrated on the birthday of Mohandas Karamchand Gandhi, one of the most famous freedom fighters of India. Also known as Bapu (meaning father in Gujarati), Mahatma Gandhi was born on October 2, 1869, in Porbandar in the state of Gujarat.

Gandhi Ji got the apt prefix to his name ‘Mahatma’, from one of the greatest Indian poets, Rabindranath Tagore, Mahatma literally translates to “Great Soul”, Maha means great and Atma means soul in Sanskrit. However, Gandhi, one of the most humble and modest person, in his biography, admits he did not find himself worthy of the title and was often pained and upset by it.

Gandhi Ji was the epitome of peace, non-violence, truth, and duty. He practiced everything he preached, the common people appreciated his beliefs and ideals during the struggle for independence, and by the end of it, Gandhi Ji had the whole nation following in his footsteps, adopting his beliefs as theirs and spreading his words all through the nation.

This love, respect, and faith he got from the people of his country even got him the title “Father of the Nation”. Till today this title exclusively sticks to him for if it wasn’t for his pure values and methods, India would not have gained her freedom from the British rule when she did.

It is because of his contribution, his values, his methods, his dedication, and love for his country that India celebrates the birthday of one of the greatest people in the history of India, Mahatma Gandhi on 2 October, every year as Gandhi Jayanti. It is one of the Three National Holidays’ of India, the other two being Republic Day on 26 January and Independence Day on 15 August.

The United Nations General Assembly declared Mahatma Gandhi’s birth date, October 2 as the International Day of Non-Violence in the year 2007.

Mahatma Gandhi was born on October 2, 1869, to Karamchand and Putlibai Gandhi in Porbandar, British Indian Empire, now in the state of Gujarat. His father Karamchand was a chief minister (Diwan) of Porbandar state. Gandhi Ji was born to Putlibai, the 4th wife of Karamchand whose three wives had all died during childbirth.

Gandhi finished his schooling from Alfred High School, Rajkot, and then went on to finish his degree in law at University College London in 1888. He studied Indian Law and Jurisprudence at the university and went on to practice as a barrister at the Inner Temple. Click Here to Know More about Gandhiji’s life, education, and his key role in bringing Independence to India.

Gandhi’s Struggle and Movements for Freedom

Mahatma Gandhi Jayanti is one of the three National Holidays of India aside from, Independence Day and Republic Day. Schools, colleges, and other educational institutions, government and non-government organizations, shops, and markets are all closed on this day. 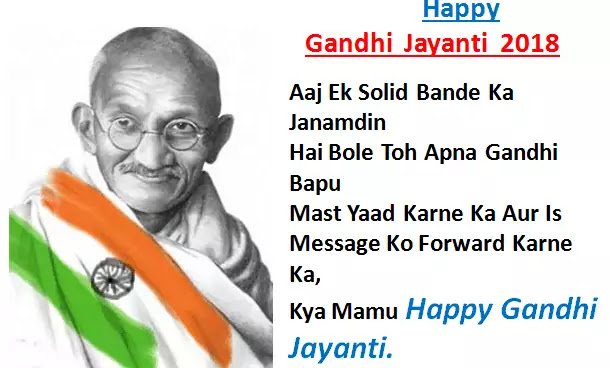 Gandhi Jayanti is a national holiday celebrated in India to mark the occasion of the birthday of Mohandas Karamchand Gandhi, the “Father of the Nation.” Therefore, we have created the ultimate collection of 2nd October 2020.

Here is a collection of “SMS and Text Messages” to make your friends and relatives remember this great patriot: It’s Day Of Celebrations, Its Day To

Who Is The Cause Of Our Nation,

Who Taught World The Lesson

Of Nonviolence, Its Mahatma

Gandhi The Father Of Nation. 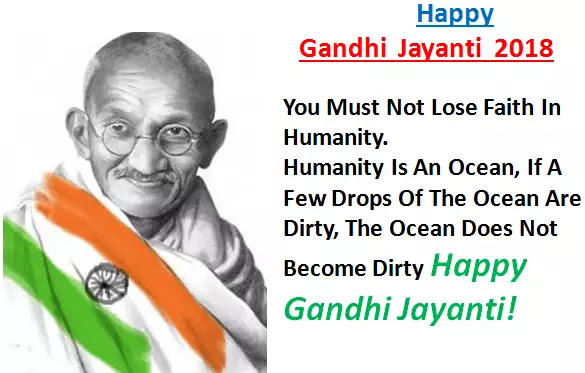 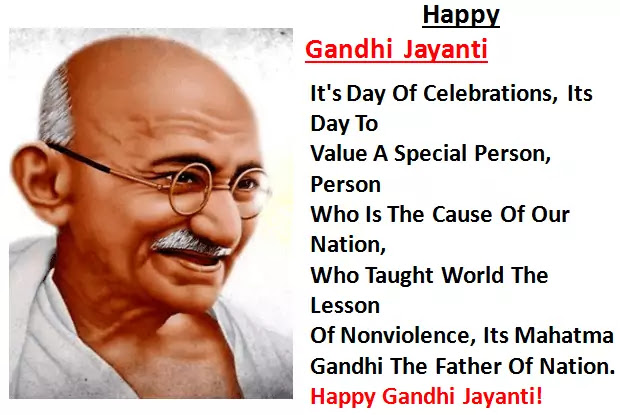 You Must Not Lose Faith In Humanity.

Humanity Is An Ocean, If A

Few Drops Of The Ocean Are

Dirty, The Ocean Does Not 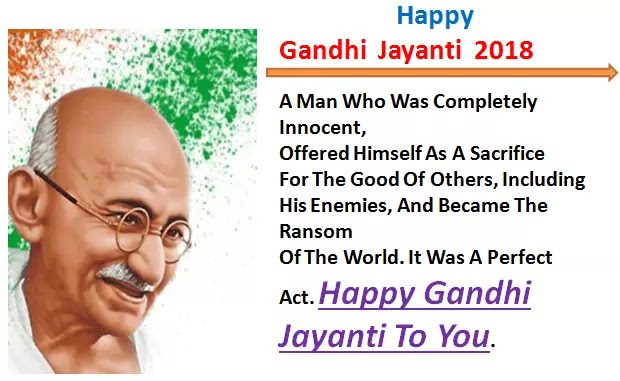 The Difference Between What

We Do And What We Are Capable

Of Doing Would Suffice To

Solve Most Of The World’s

A Man Who Was Completely Innocent,

Offered Himself As A Sacrifice

For The Good Of Others, Including

His Enemies, And Became The Ransom

Of The World. It Was A Perfect 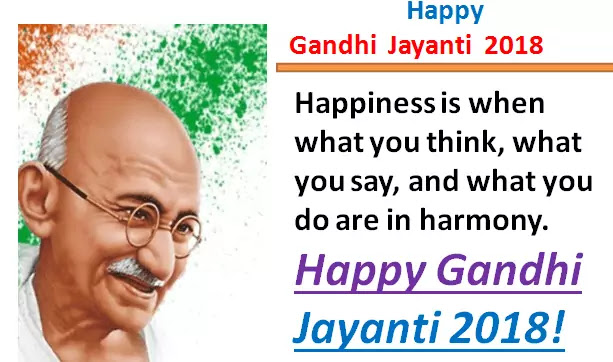 Mahatma Gandhi Has Come To Be Known

As The Father Of India And A Beacon

Of Light In The Last Decades Of British

Justice And Harmony Between

People Of All Faiths. Wishes On

Gandhi Jayanti To All Of My Friends. 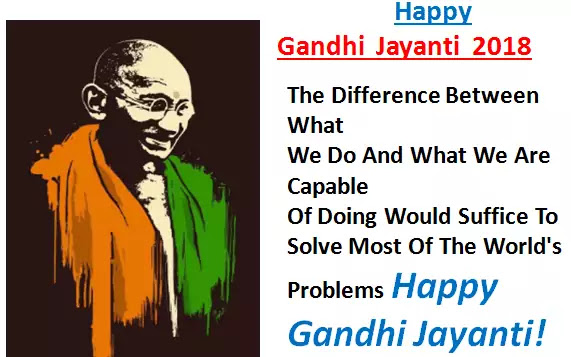