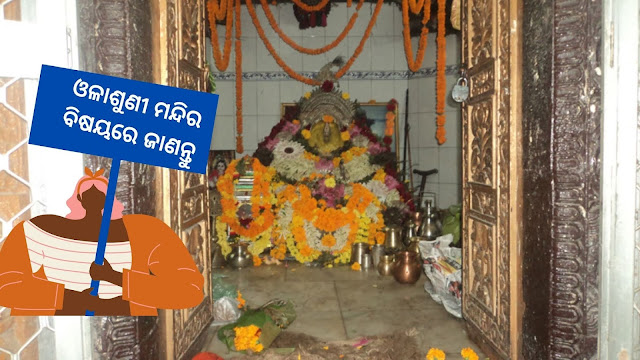 The sacred land of Odisha is enriched in mushroom growth of both Puranic and historical sites and monuments of Brahmanical, Buddhist, Jaina, Islam, and Christian religions.

In addition to the Temples, Stupas, Buddhist monasteries, and Jaina Relicsm the Islam and Christian monuments Odisha also yields an ancient and important historical, religious, and sanctuary shrine entitled “Olasuni Gumpha Dhama” in disguise a world-famous ancient Buddhist site of 1st century BC or AD, turned to Hinduised shrine from 12th and/13th century AD, known as “Olasuni pitha” and then further converted to “Omkara Abadhuta Pitha” from last part of the 18th century AD.

The Perfect abode and Mahaprayan Khetra or the place of salvation of Bramha Darshi- Mahapurusa-Avadhuta-Santha Arakhita Das is located in between the world-famous Buddhist sites of Lalitagiri and Udayagiri in the undivided Katak District of Odisha.

The site has a rich archeological and historical importance but is beyond the knowledge of historians, scholars, and archaeologists.

The place has both historical and religious importance. Among the numbers of festivals are being celebrated here, out of them the main festival is “ Gumpha Ekadasi” popularly known as “Olasuni Yatra”. It is celebrated in the month of Magha masa (in between December and January) i.e. Magha Ekadasi, which is the death anniversary of Santha Arakhita Das.

The main item of Prasad (Bhoga) dedicated to Lord Arakhita are Podapitha9Bun), Khechudi(Mixed fried rice), Dahipakhal(Watery-Curd Rice) with Tulasi, etc. Besides all these offerings, Sukhua (dry fish) and Kanjipani (Stale SourWater of rice) are also sacrificed to the Lord.

On the morning of the day of Magha Ekadasi, thousands of numbers of people are gathered on the spot and partaking Prasada Seva sitting together without any hesitation in spite of caste and color and creed.

This famous festival is being observed for a week. This festival is a burning example of propagating the message of universal humanism, fraternity, and unity in diversity and eradication of untouchability. Santha preached the ultimate truth of one “Bramha” that deals in the heart and soul of every universal being. As described in the Mahimandala Geeta.

The most Significance of the Pitha is that people believed, Kanjipani that removes or cures all sorts of diseases of human beings and the cattle.