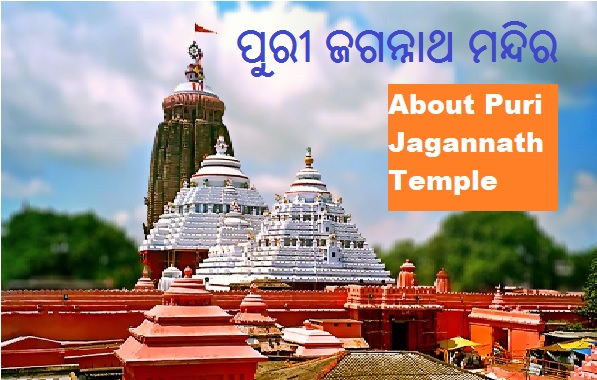 About Puri Jagannath Temple at Odisha:-

The Shree Jagannath Temple of Puri is an important Hindu temple dedicated to Jagannath, a form of Vishnu, in Puri in the state of Odisha on the eastern coast of India. The present temple was rebuilt from the 10th century onwards, on the site of an earlier temple, and begun by King Anantavarman Chodaganga Deva, first of the Eastern Ganga dynasty.

The Puri temple is famous for its annual Ratha Yatra, or chariot festival, in which the three principal deities are pulled on huge and elaborately decorated temple cars. These gave their name to the English term Juggernaut. Unlike the stone and metal icons found in most Hindu temples, the image of Jagannath is made of wood and is ceremoniously replaced every twelve or nineteen years by an exact replica. It is one of the Char Dham.

The temple is sacred to all Hindus and especially in those of the Vaishnava traditions. Many great saints, such as Ramananda and Ramanuja, were closely associated with the temple. Ramanuja established the Emar Mutt near the temple and Adi Shankaracharya established the Govardhana Mutt, which is the seat of one of the four Shankaracharyas. It is also of particular significance to the followers of the Gaudiya Vaishnavism whose founder Chaitanya Mahaprabhu, was attracted to the deity, Jagannath, and lived in Puri for many years.

The temple was built by the Ganga dynasty king Anantavarman Chodaganga in the 12th century CE, as suggested by the Kendupatna copper-plate inscription of his descendant Narasimhadeva II. Anantavarman was originally a Shaivite and became a Vaishnavite sometime after he conquered the Utkala region (in which the temple is located) in 1112 CE. An 1134–1135 CE inscription records his donation to the temple. Therefore, the temple construction must have started sometime after 1112 CE.

According to a story in the temple chronicles, it was founded by Anangabhima-deva II: different chronicles variously mention the year of construction as 1196, 1197, 1205, 1216, or 1226. This suggests that the temple’s construction was completed or that the temple was renovated during the reign of Anantavarman’s son Anangabhima. The temple complex was further developed during the reigns of the subsequent kings, including those of the Ganga dynasty and the Suryvamshi (Gajapati) dynasty.

Apart from all these facts, Jagannath Temple in Puri is also known for some mysteries that defy any scientific explanation. People believe these mysteries are actually blessings of Lord Jagannath. You need to visit this place to believe it. 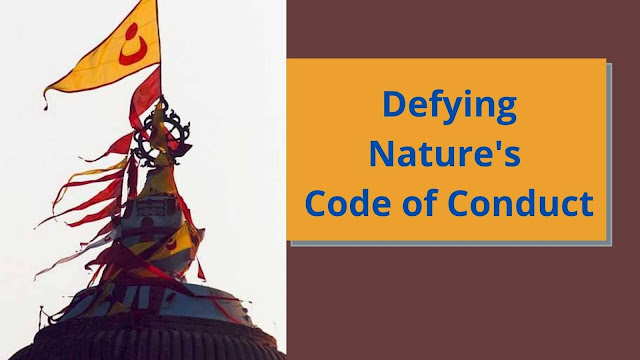 Even a child knows any piece of cloth is dominated by the wind to fly according to its course. The same principle has numerous applications; from the giant sails on your ship to a small flag in your hand all follow the same code. But it looks like the flag mounted on the top of the Jagannath Temple is a unique exception to the principle. This particular flag flows in the opposite direction to the wind’s course without any scientific background to back it up.

Every day a priest scrambles the walls of the temple with a height equivalent to that of a 45 story building, to change the flag atop the temple dome. This ritual dates far back to the day the temple was built. The practice is done with bare hands without any protective gear. It’s believed if the ritual is skipped one day from the calendar, the temple will be shut down for a long 18 years. This might make the professional climbers jealous.

3. A light with no darkness 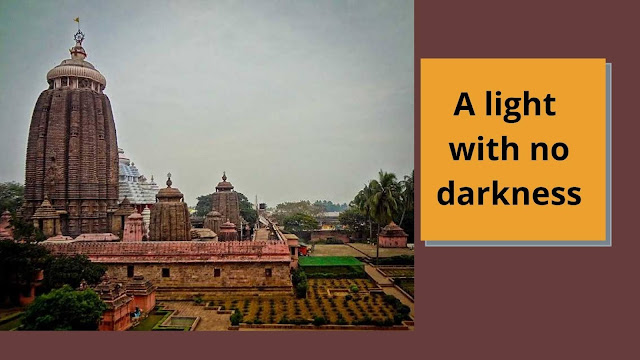 A necessary detail while sketching anything is shading. Shading happens when sunlight glows one part of the subject leaving a shadow on the other, which ultimately triggers shade. But, what if something has no shadow?

The temple is reported to have no shadow at all, at any time of the day from any directions possible. Could it be an architectural marvel or Lord Jagannath’s message to humanity?

4. The Riddle of The Sudarshan Chakra 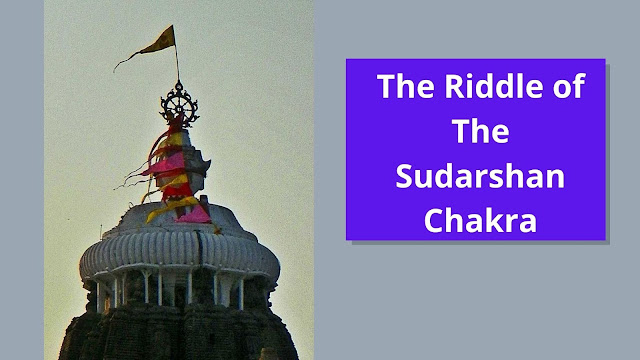 There are two mysteries present at the pinnacle of the temple in the form of the Sudarshan Chakra. The first oddity revolves around the theory of how the hard metal weighing about a tonne, just got up there without any machinery just with a human force of that century.

5. Nothing’s Above God, So Nothing Fly Above It Either 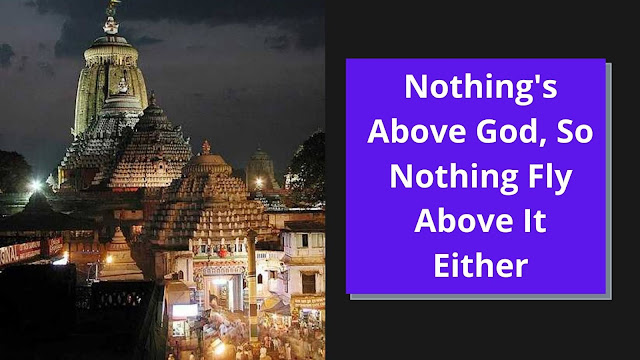 The sky is the bird domain. We see birds sitting, resting, and flying above our heads and rooftops all the time. But, this particular area is restricted, not even a single bird is encountered above the temple dome, even an airplane could not be seen hovering above the temple.

Might be because Lord Jagannath doesn’t want the view of his holy mansion to be disturbed!

6. The Food Is Never Futile Here 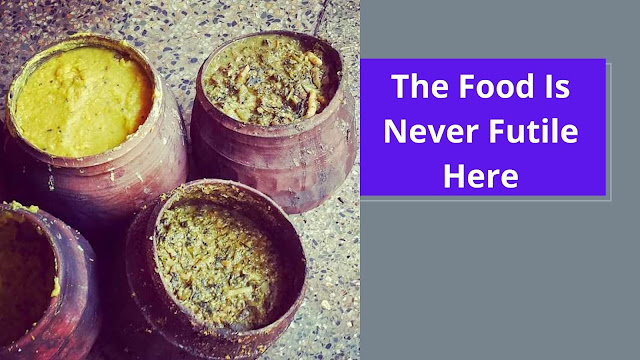 In Hindu mythology, wasting food is considered a bad sign; the Temple crew follows the same.  A total number of people visiting the temple varies between 2,000 to 2, 00,000 people every day. Miraculously, the Parsadam prepared every day is never wasted, not even a bite. Could this be effective management or the Lord’s will? 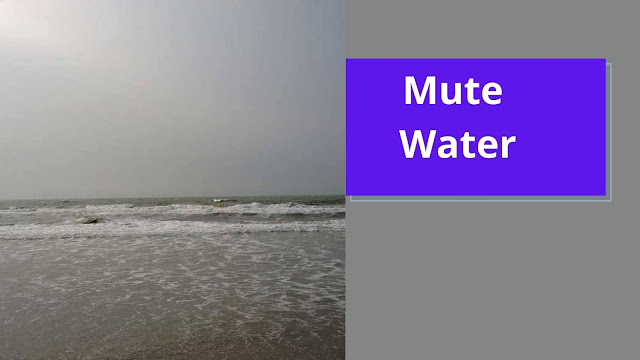 Seconds, after you put the first step inside the temple from the Singha Dwara entrance, the audibility to the ocean waves is entirely lost. This phenomenon is more prominent in the evening time. Again, no scientific explanation adds up to this fact. The sound returns when you leave the temple.

8. Reverse gear of the Breeze 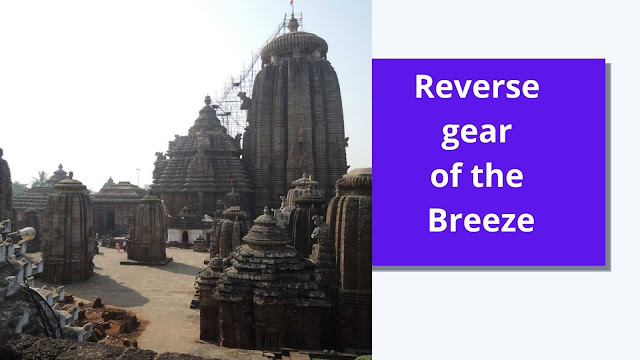 The traditional way to cook the Parsadam is preserved by the priests here. Exactly seven pots are used as vessels mounted over one another and are cooked using firewood. Enchantingly, the top most pot is cooked first, and the rest follows the same order!

The deities are buried from every 14 to 18 years, one above another, replaced by new ones. These deities are made up of neem wood and are believe to be disintegrated on their own. 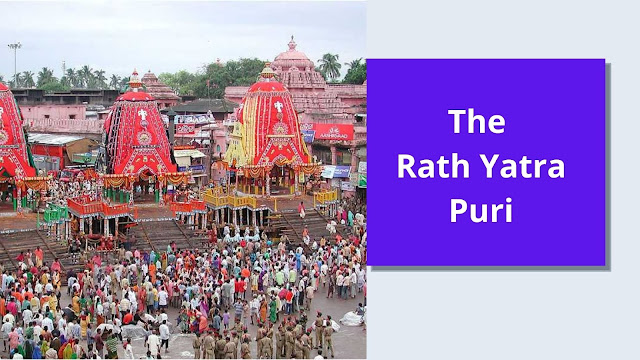