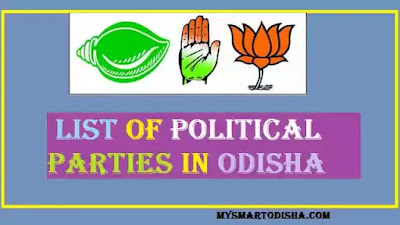 About Political parties in Odisha

The state has a multi-party system where the two main parties are the Indian National Congress (Congress) and the regional Samajwadi Party Biju Janata Dal (BJD). The Nationalist Bharatiya Janata Party (BJP) has grown in recent years.

The party with the most seats in the Odisha Legislative Assembly is the Biju Janata Dal (BJD). The current Chief Minister of Odisha is BJD leader Naveen Patnaik, who has led the government since March 2000.