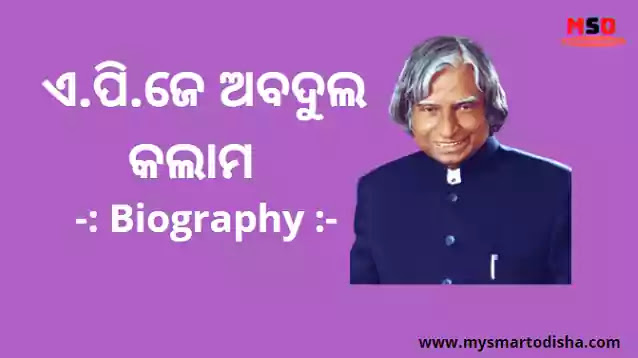 Every year on 15 October, the former President of India and the great scientist Dr. A.P.J. Abdul Kalam’s birth anniversary is celebrated. Here we are telling you about the life, education, career, books, achievements, and awards of Abdul Kalam.

Abdul Kalam, former President of India, was full name Avul Pakir Jainulabdeen Abdul Kalam. He was born in a poor Muslim family on 15 October 1931 on Dhanushkodi Island in South India. His family was poor and he had to work as a child in childhood to meet the family’s income. He received his primary education from the Schwartz Matriculation School in Ramanathapuram. He then moved to St. Joseph’s College in Tiruchirappalli for further studies. He then completed a degree in physics in the year 1954 and then moved to Madras to study aerospace engineering.

After graduating from Madras Institute of Technology Chennai in 1960, Kalam became a scientist in the Aeronautical Development Establishment of the Defense Research and Development Organization (DRDO). It is Called Indian Space Research Organization. From where he became the head of the first indigenous satellite launch vehicle for India. In the year 1980 successfully deployed the Rohini satellite into the Earth’s orbit.

After this, he went ahead and was then awarded a big title (Missile Man). Kalam worked on a number of missiles under various missions including Agni and had brought India to new heights. After this, he was the 11th President of India from 25 July 2002 to 25 July 2007. That is why it was said that Abdul Kalam ji was the third President of India. He was awarded the Bharat Ratna, India’s highest civilian honor before becoming President.

The beloved President of India called the Missile Man Abdul Kalam, also wrote several books. He had written books on top of many achievements. The list includes Wings of Fire-Autobiography, India 2020-A Vision for the New Millennium, The Luminous Spark, Advantage India, Inspiring Thought, A Manifesto for Change, Reignited, My Journey, Mission India, Ignited Mind and You Born to Blossom Wrote books like People also called him by the name of the President of Love.

Former President and great scientist Dr. A.P.J. Abdul Kalam died at the age of 84 from a heart attack 5 years ago on 27 July 2015 during an event in Shillong. When he attended an event at IIM Shillong. His health deteriorated on the stage. Where he died during treatment. A seven-day state mourning was announced at his death.