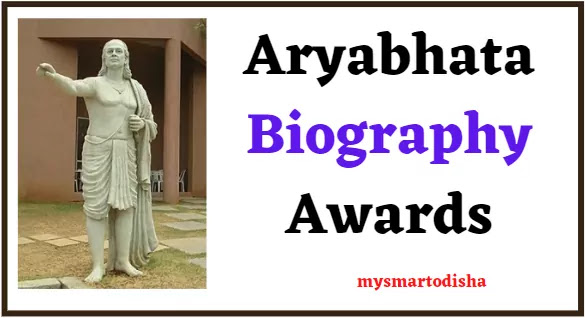 Aryabhatta Biography, Biography Aryabhatta biography in odia Aryabhata was a great mathematician, astrologer, and astronomer of ancient India. At that time, the name of Aryabhata is also included in many Indian scholars, such as: Varahamihira, Brahmagupta, Bhaskaracharya, Kamalakar, etc.

About Aryabhatta in Odia

There is no concrete evidence available regarding the birth of Aryabhata, but it is said that during the time of Lord Buddha some people of Ashmaka country settled between Narmada river and Godavari river in central India. It is believed that Aryabhata was also born in AD. It happened at this place in 476.

According to another belief, Aryabhata was born in Patna in Bihar, whose ancient name was Pataliputra, near which he is believed to be born in Kusumpur.

In this regard, historians do not have sufficient information available, but it is clearly known that Aryabhata must have gone to Kusumpur at some point in his lifetime to get higher education, which was a famous university for higher education at that time.

Aryabhata composed many works on mathematics and astronomy, some of these works have become extinct. But even today many compositions are used, such as: Aryabhatiya.

The description of the works of Aryabhata mainly comes from this composition [Aryabhatiya]. Possibly its name was not given by Aryabhata himself, but by later critics. Bhaskara I, who was a disciple of Aryabhata, called this composition as Ashmaka-Tantra [Treatise from the Ashmaka]. In general, it is also called Arya – Shata – Ashta [ Aryabhat’s 108 ] because it has 108 verses/shlokas. It is a very abstract – implied sutra – literature, each line of which describes the ancient complex practices. This composition, which is composed of 108 verses and 13 introductory verses, is divided into 4 verses or chapters; Those chapters are as follows:

History of Pai in Odia

Aryabhata discovered the value of pi, its description is found in Aryabhatiya’s Ganitapada 10. they write -:

Add four to a hundred, then multiply by eight and then add 62,000 and find the quotient by 20,000, the answer obtained from this will be the value of pi i.e.

History of Zero in Mathematics

Aryabhata discovered zero, which is the best discovery of mathematics, in the absence of which calculations would have been impossible because the value of a number increases 10 times as soon as zero is placed in front of it. He was the first to give information about the local standard system.

In Aryabhatiya’s mathapada 6, the area of the triangle has been talked about.

Aryabhata has also discussed the Concept of Sine, which he named ‘Ardha-jya’ [Half-Chord]. For simplicity, it is called ‘Jya’.

Aryabhata has also described the proper result of the addition of a series of squares and cubes in Aryabhatiya -:

Aryabhatta as an Astronomer

For example, if a person is sitting in a boat or train and when the boat or train moves forward, then things like trees, houses, etc. seem to be moving backward, whereas this does not happen. Similarly, from the moving earth, the stationary constellations also appear to move in the opposite direction. We feel this because the Earth rotates on its axis and this movement creates this illusion.